I think for many people, the idea of getting into ecommerce or just making money online in general can seem pretty intimidating at first glance.

While many of my ideas failed (I’m looking at you, Etsy), I think there’s also a lot of value in just trying something out. Not everything has to be a home run, and you will never succeed if you don’t give things a shot in the first place.

The power of just giving something a try is exactly why I’m excited to share the story of how Kevin started a successful side hustle by selling books on Amazon.

I stumbled across Kevin’s story on Reddit, and after reaching out, he kindly agreed to break down exactly how he started making money by selling books online.

So, if you’ve ever wondered how to sell books on Amazon or make money with the leading ecommerce platform in the world, this is the post for you!

Take it away Kevin!

Over the last few years, I’ve been really curious about the intersection of technology and investing.

The first real a-ha moment I had was watching the 2017 Bitcoin bubble get a whole wave of investors and young people excited about the new opportunities and business models that could come from monetary innovation.

Most of those ideas are still too early, but it set me off nonetheless, and I’ve been working in the space surrounding technology and investing ever since.

Kevin has some pretty awesome YouTube and Twitter/Instagram content on investing and technology. He also recently completed a 20,000KM Tesla road trip, which I think is pretty damn cool.

What Side Hustle Did You Start?

A couple weekends ago, I was exploring a local thrift store and came across some really solid business books selling for just $3 each. I had a feeling I could become a middleman and make a profit  with a little bit of arbitrage, so I decided to try selling the books on Amazon.

I already knew selling books on Amazon was a popular side-hustle for many people, but I had no idea how the Amazon FBA program worked.

But, most importantly, I was certain that if thousands of other Amazon sellers could make meaningful income from selling their items online, I could also figure out a way to do the same.

My most recent YouTube video is really just me documenting my journey on Amazon so that others looking for a little extra side-income can do the same!

What Is Amazon FBA?

FBA stands for ‘Fulfilled by Amazon.’

Essentially, FBA means that instead of shipping products to individual customers one by one, you can instead ship all your products to Amazon warehouses and they will ship them off whenever a customer orders an item.

The program was actually launched way back in 2006, but in the last few years, the model has caught on with the rise of dropshipping. Alibaba re-sellers have used the FBA platform extensively to buy loads of cheap products overseas, ship them to Amazon, and then profit from price differences when they sell the products in North America.

Amazon FBA is great because you also never touch (or see) the products you’re dealing with in the case of dropshipping. For flipping, it works quite well because you don’t have to worry about logistics, plus, the Amazon FBA shipping rates are way better than individual shipping rates.

Selling using Amazon FBA was something I did out of necessity since I quickly realized that merchant-fulfillment was too expensive for my used books and would erase any of my profit margin.

My case is also a little different than dropshipping cheap products from overseas as I’m sourcing products from local shops. I still see and pack my products up for Amazon. However, once I send them to my UPS store for shipment, those products are in Amazon’s hands and I just sit back and relax.

What Is Your Process For Finding & Listing Books?

Nothing too scientific for now – it seems like there are lots of opportunities for buying underpriced books for anyone who knows how to use the Amazon Seller app.

The Amazon Seller app is a free tool that I use to scan all my books before I buy them.

Basically, the app tells me whether the book I’ve scanned is selling quickly or slowly, and it gives me a listing of the best offers currently available from other sellers. If the book is relatively popular and is selling for anything over $13, that’s typically a buy signal for me.

By using the Amazon Seller app and looking around local thrift stores, it’s possible to find books that can potentially turn a good profit once you flip them online. 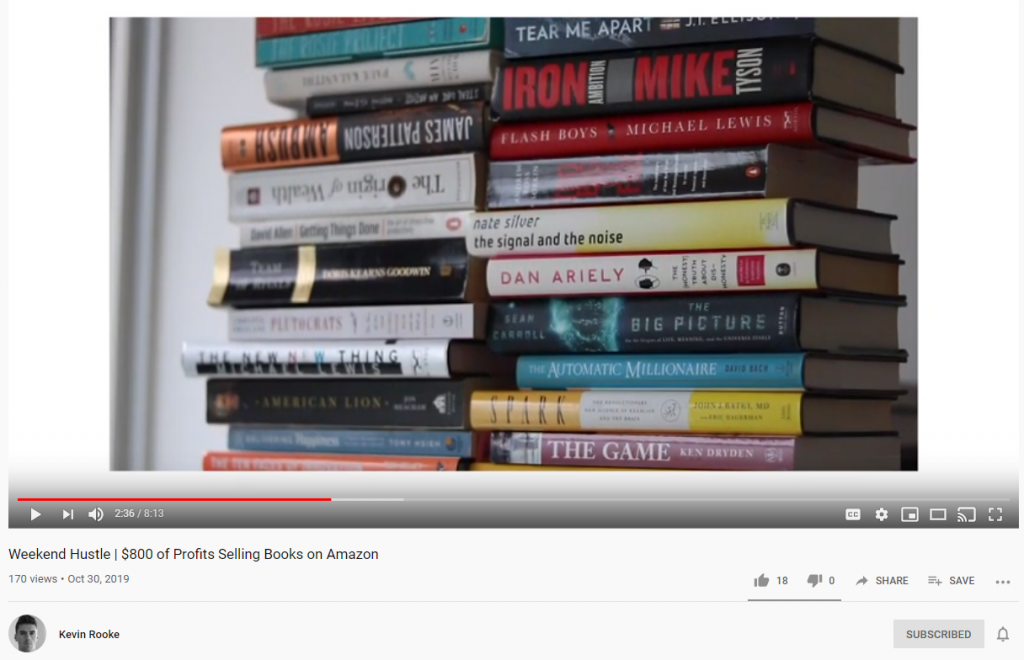 The books that go for $20+ are bonuses, and textbooks are even better. I also take book popularity into account and won’t buy anything less than a 250,000 Amazon seller rank (since Canada is such a small market). Americans can get away with selling items ranked 2,000,000 or more.

What Have Your Results Been Like So Far? How Did Your First Batch Of Books Go?

My first few shipments of books to Amazon have been surprisingly smooth. The entire process is well-documented on the Amazon site and on all sorts of other blogs, so there was no fear of Amazon losing my package or anything.

My very first batch of books probably included too many low-margin books and low-popularity books. Some of the books have only a couple of Amazon reviews, and other popular ones are only selling for $12 or $13, so they’ll be tough to make a profit on.

It was really encouraging to see my first few books sell so fast though, I sold 4 books within 48 hours of Amazon receiving my inventory. Those sales alone were enough to hook me on the e-commerce game.

Any Major Wins Or Losses? Plans Or Expectations For The Future?

Now I’ve sold about 20 books through Amazon FBA after only 9 or 10 days of selling, this hustle has turned into a pretty steady stream of sales.

No big losses so far. I think my biggest foreseeable challenge will be making sure my Amazon inventory doesn’t get too bloated. Amazon charges a small monthly fee for keeping my books in their warehouse, so I need to be aware of those costs for the unpopular books that aren’t selling.

I’m going to double down on my Amazon selling and see if I can take sales to the next level by either finding lower priced inventory or partnering up with thrift shops and libraries to help them make some extra side money. We’ll see how it goes, I’ll be documenting that journey on YouTube or Twitter most likely.

Suggestions For Other Side Hustlers Considering Selling Books Online

My first suggestion is to just start. If you’re looking for a side-hustle to generate some extra income, there are literally thousands of ways you can make that happen. It’s 2019, the internet (and this blog) is full of useful ideas to make extra cash.

Selling with Amazon FBA is a proven strategy, and a great starting point, but definitely not the only possible approach for e-commerce sellers. If you choose the Amazon FBA route, you’ll need a smartphone, a computer, and a printer. Everything else is extra for those who are more serious.

I’ve heard of some people buying custom barcode scanners to scan books quicker, some buy repricing software to automatically adjust their prices on Amazon, and some even buy listing software to speed up the process of listing lots of books on Amazon, but all those tools aren’t necessary for a beginner looking to make a few extra bucks.

For any beginner, just get out there and start.

You’ll quickly learn about what part of book flipping process takes the most time, and how much profit you can make selling particular books. Then it’s all about finding ways to get 1% better each day.

If there’s one message I hope you take away from this side hustle story, it’s exactly what Kevin said: the best piece of advice is often to just start somewhere.

The internet is incredibly powerful. If you put in some time and effort, you can start diversifying your income and earning more money every single month.

It doesn’t matter if you just make extra grocery money or develop a passive income stream, the power of starting a side hustle is immense if you use the money to mitigate debt or start a modest investment portfolio.

I think Kevin’s book selling side hustle is proof of that. He noticed an opportunity to make money through arbitrage, did his research, and then pulled the trigger. He’s making sales almost every day now and has got his latest side hustle idea off the ground in a shockingly short amount of time.

So, start selling books on Amazon, or flipping items on eBay, or finding different ways to make money doing something that interests you. You’ll be amazed at how quickly you can make progress and where you end up!

I’d like to give a massive thank you to Kevin for taking the time to share his story about selling books on Amazon! If you want to checkout more of his awesome content and to stay up to date with his hustles, be sure to subscribe to his YouTube channel and follow his socials!

Catch you guys in the next one! 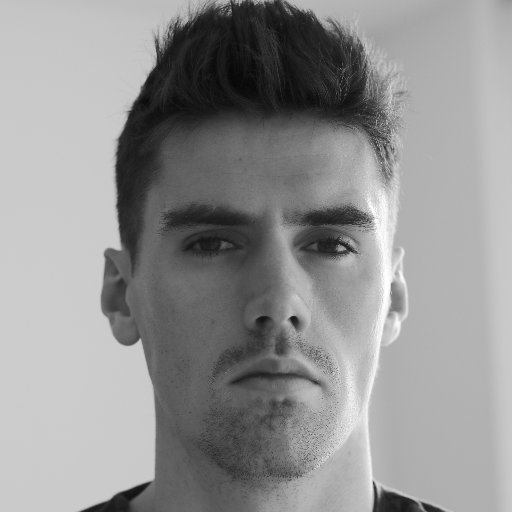