I used to sink a fair amount of time into PC gaming when I was younger. However, back then, video games were never something you could realistically make money from.

I mean, there wasn’t even a professional video game scene a few years ago, let alone the ability to broadcast your average-joe gameplay to the world and to be paid for it.

Times have changed, however. Even prior to Amazon buying the Twitch TV streaming platform for nearly $1 billion dollars, Twitch TV had revolutionized the ability to monetize video games.

Twitch was only founded in 2011, but already has more than 100 million active monthly users, with the average Twitch viewer spending 106 minutes watching streamsÂ every single day.

It’s truly crazy. And for the thousands of Twitch TV Partners and Affiliate members, streaming on Twitch has opened up a new way to make money by playing video games.

If you play video games regularly, have some technological know-how, aren’t a bland human being, and are willing to put in some serious work, it is possible to make money on Twitch.

What is Twitch TV?

Essentially, Twitch allows gamers to broadcast their footage to live audiences, or save their video game clips so that viewers can watch them on demand at a later time.

The popularity of the platform is largely due to the appeal of user-generated content over traditional forms of media. Video game streamers on Twitch can adopt unique personalities, play a variety of games, interact in real time with their viewers, and change their broadcast based on viewer feedback.

How to Stream on Twitch – Software you Need

In order to stream on Twitch, you will need both a Twitch account and a broadcasting program.

There are typically 2 streaming programs Twitch streamers use to broadcast their gameplay. The first isÂ Open Broadcast Software (OBS), the second isÂ XSplit.

However, I ultimately recommendÂ using OBS for streaming on Twitch. Here’s why:

Granted, XSplit is easier to use and has a better user interface, as well as some additional features which can be handy. If you find streaming on Twitch to be your thing, you can always download XSplit and pay around $5/month to upgrade your plan.

Creating a Twitch Account – Setting up your Twitch Stream:

Once you have downloaded OBS, use your email to sign for up Twitch TV and create your Twitch account.

Select your game category and fill out your streaming title.Â The stream description is what potential viewers will see as they browse through games on Twitch, so be sure to describe what your stream is all about. 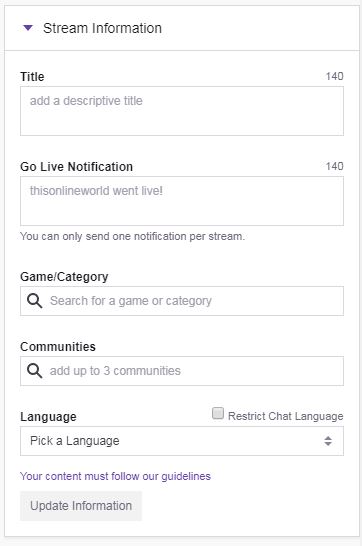 Once you have successfully installed OBS, launch the application inÂ administrator mode.

ToÂ find your Twitch Key, head back to the Twitch Dashboard. 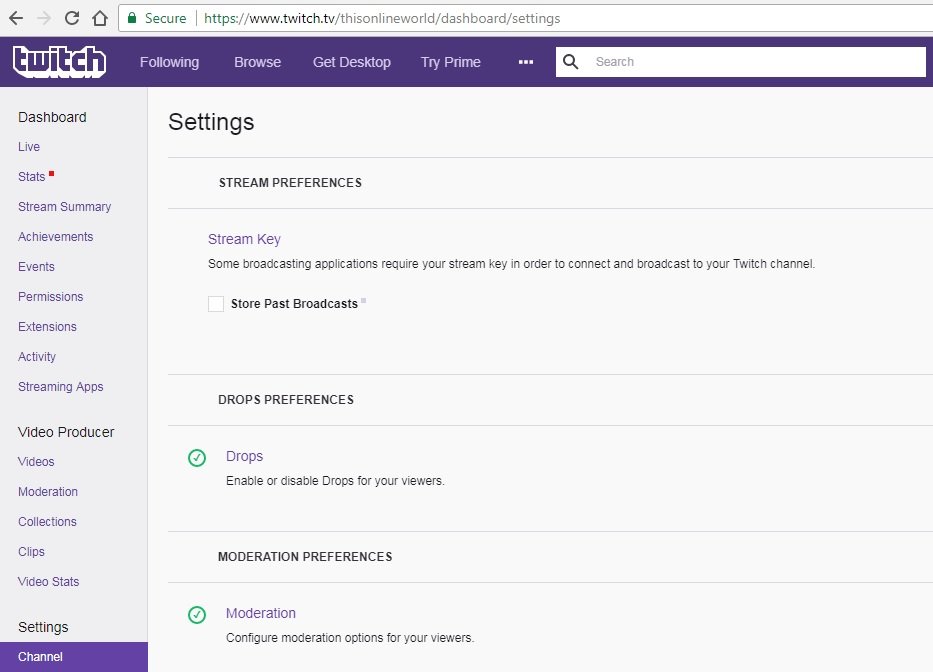 ClickÂ Stream KeyÂ and thenÂ Show Key.Â Be sure to never share your stream key with anyone.

Copy and Paste your Stream Key into OBS:

Now that you have inputted your Twitch Stream Key, you are ready to go live!

Then, complete the following steps:

You can adjust your stream layout to fit your vision. Streamers can easily select items from the Sources menu and adjust their size or location on the stream display.

All that’s left to do isÂ toÂ start your stream!Â 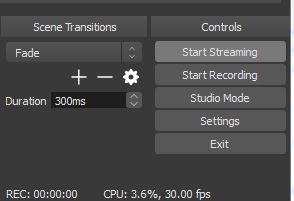 This was a fairly simple explanation on how to start streaming on Twitch using OBS. Granted, you will need to spend some time adjusting your stream settings to suit your preferences and computer specifications.

If you are looking for a comprehensive guide on setting up OBS, I recommend checking out the Beginner’s Guide to OBS by Windows Central. 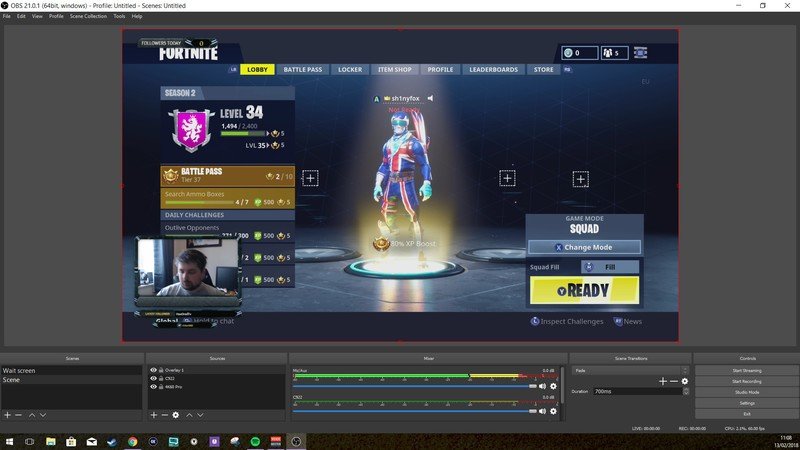 How to Stream on Twitch – Hardware you Need to Stream

Considering the resource-intense nature of many modern games, streaming on Twitch requires certain hardware components to be successful. The two most fundamental requirements are a good router/internet connection and a powerful computer.

You can check out the list of Twitch broadcast requirementsÂ to get a requirement profile for low, medium, and high quality streams.

The most important requirements Twitch outlines having are:

In short, you need to have a solid computer and a stable, fast internet connection.

If you are planning on streaming resource intense games at high frame rates, you should probably look to exceed these minimum requirements.

To check out budget, mid-range, professional, and ridiculous Twitch streaming computer builds, check out this handy list from Logical Increments. 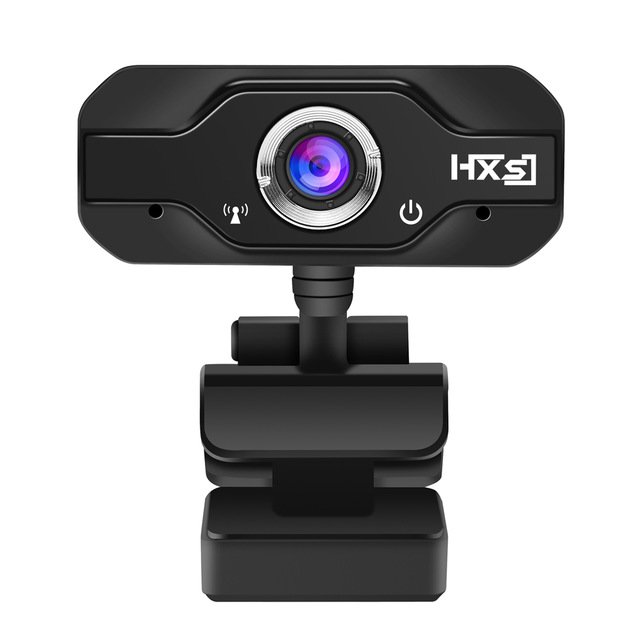 If you aren’t able to gain the attention viewers on Twitch with professional-level game play (which most people aren’t), you will probably have to rely on other aspects of your streaming experience to attract viewers.

Broadcasting on Twitch is really like staring in your own television show, and the audience you build is entirely up to how much work you put in and how enjoyable your content is.

Many streamers have found success due to their pleasant personalities, humor appeal, wacky costumes, or just the straightforward good looks and a low-cut shirt shtick. Whatever the case, a webcam can go a long way in helping you to establish a streaming identity and grow your fan base.

Some of the best webcams for streaming on Twitch include:

Webcams can be a great way for streamers to become more personable and interact with their audience, but at the end of the day, a webcam is a webcam. As long as it records in 720p and is stable, you should be golden. 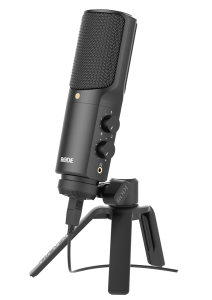 While most webcams come with a built in microphone, most aren’t spectacular at capturing your voice as you stream. However, being able to communicate in real time with your viewers is almost a necessity for having a popular Twitch stream these days.

Do not buy a microphone until you have tested your stream and committed to broadcasting on Twitch.Â There is nothing worse than sinking money into a hobby or side hustle only to find out it isn’t something you can commit to.

Figure out the basics, make sure your computer can stream on Twitch, and then look to purchase a microphone so you can interact with your viewers.

Some of the Best Microphones for Streaming on Twitch Include:

How to Grow a Following on Twitch

Once you have configured your stream and ensured you can broadcast on Twitch without experiencing technical difficulties, you are ready to begin your journey as a Twitch streamer!

However, growing a Twitch following takes time, effort, and even luck. Many popular streamers on Twitch took 1-2 years to establish a loyal following, and some Twitch streamers never see their channel grow at all.

In order to increase your chances of success for growing a Twitch TV following, consider the following tips and advice for streaming.

Option A – Start Off Streaming a Popular Game that is New to Market:

Many of the most popular Twitch games are incredibly saturated with established streamers. While it might be possible to grow your following by streaming games like League of Legends or Dota, it’s an uphill battle.

A tactic that helps both established and new streamers on Twitch to attract more viewers is to be among the first streamers to broadcast a popular game the moment it is released.

If you can get early access to a Beta, that’s even better. Game releases have excitement surrounding them, and you can capitalize off of temporary spikes in interest and attract viewers, you can jump-start the growth of your channel.

Option B – Pick a Niche and Stick to it:

While modern games comprise the bulk of Twitch viewership, old games still have their place on the platform.

Whether it’s for speed running, nostalgia, or just the sake of playing an old favorite, classic video games have retained loyal fans. Many Twitch streamers capitalize on this love for older video games by exclusively streaming them.

Classic games might have smaller audiences. but there is typically less competition among streamers. If you have a passion for a classic video game and can find a large enough audience, you can find success on Twitch.

Some additional tips for growing a following on Twitch inlclude:

Set a Schedule: If Twitch is like running your own Television show, then it makes sense to set regular stream hours. Define your streaming schedule, inform your audience, and stick to your plan. Having regular stream times can help viewers know when to watch, ultimately making your stream a part of their entertainment routine.

Develop your Streaming Personality: Are you a hardcore gamer, or do you stream to have fun and do stupid shit online? Whatever the case, knowing the gist of who you are as a streamer (cheesy, I know) can help to establish an identity for your channel and make it easy for viewers to relate to you.

Interact with your Audience:Â People like watching Twitch because they can interact with the Streamer and other viewers in real time. If you have a microphone and webcam, use them to your advantage! Read your chat, and talk back with your viewers to make them feel welcome.

How to Make Money Streaming on Twitch:

There are a variety of ways to monetize your Twitch streams. How much money you make on Twitch mostly depends on your viewership and fan loyalty, but there’s periodical random stories like people donating 30 grand to a streamer.

However, one of the main and stable ways to make money streaming on Twitch is to become an affiliate.

When you become a Twitch TV Affiliate, you can earn money in 2 ways:

A second way to make money streaming on Twitch is to become aÂ Twitch Partner.

Becoming a Twitch Partner is basically an incredibly enhanced version of being a Twitch Affiliate.

Twitch Partners can monetize their stream in additional ways:

You can also make money through other channels, including:

Donations:Â Receiving donations from your viewers can be sporadic but lucrative.

Affiliate Sales:Â Plug affiliate links into your channel description. Let your viewers know your streaming setup, favorite microphone, headphones, and other products you enjoy. When they purchase them through affiliate links, such as Amazon Affiliate, you will earn a commission on the sale.

Driving Traffic to Other Channels: If you have a website, blog, YouTube channel, or other platform that earns money, be sure to drive your viewers there as well (if it makes sense). Many streamers make a large amount of their income from YouTube, and use Twitch to earn money and also promote their YouTube videos.

Finding success on Twitch takes time, effort, luck, and skill. However, streaming can be an incredibly rewarding and lucrative side hustle that can earn streamers significant amounts of income every month.

Ultimately, if you sink a lot of time into video games every week, streaming on Twitch could be worthwhile. After all, if you’re going to spend all that time gaming, you might as well monetize the process!

I hope you have found this guide on how to start streaming on Twitch to be useful! Best of luck in your streaming endeavors and side hustle. 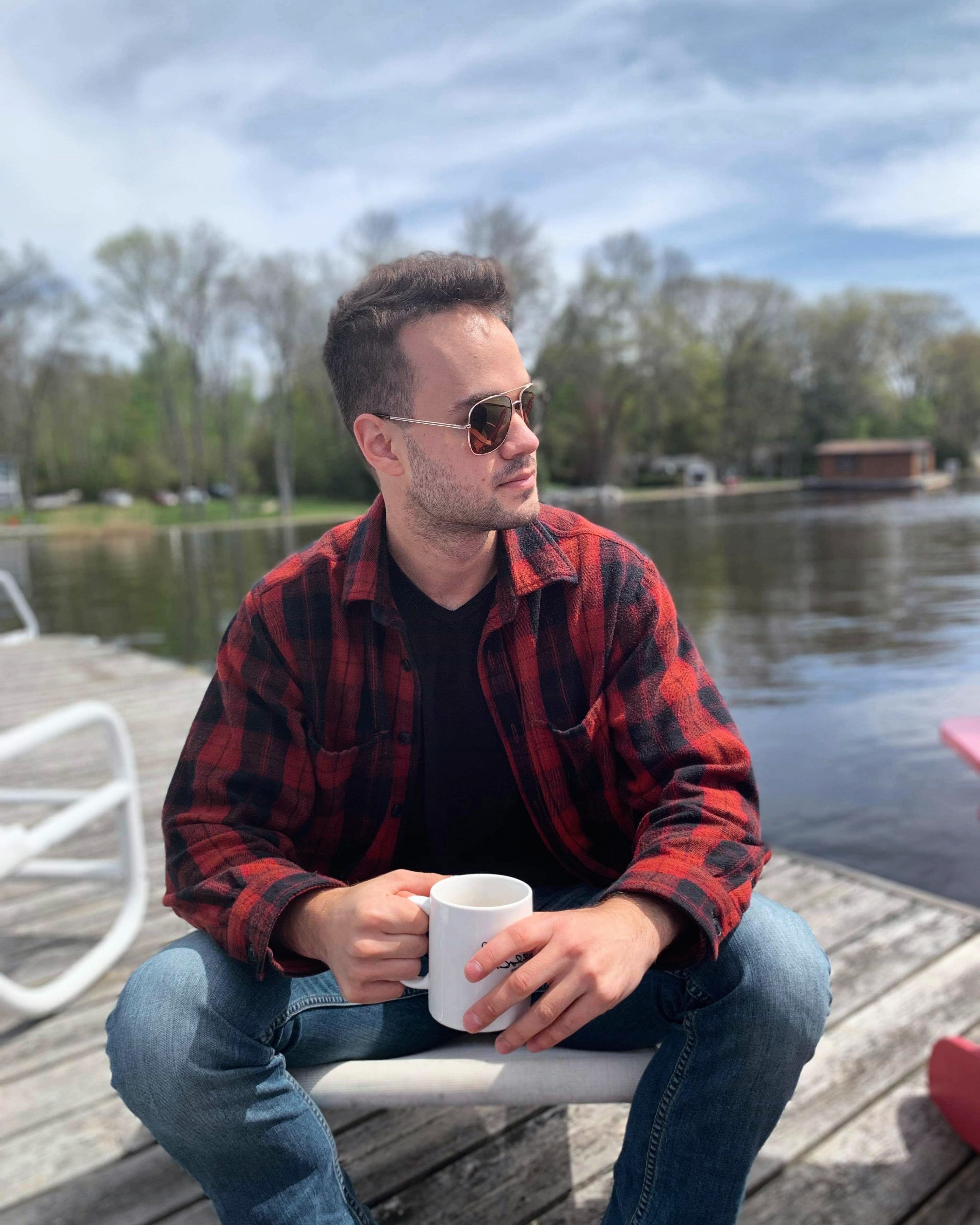 Previous Post: « My $20,000+ College Side Hustles – How To Make Money In College
Next Post: How to Make Money While Traveling – 15 Ways to Explore & Earn »
Subscribe
0 Comments
Inline Feedbacks
View all comments