If there’s on thing I’ve learned so far from doing these Young Money interviews, it’s that there are an incredible number of ways to make money online or hustle for extra cash.

It doesn’t matter if you’re a college student trying to make extra money or if you just want a part-time side hustle to improve your financial well-being: opportunity is out there.

What I love about this Young Money interview in particular and Jesse is that he also has a few irons in the fire.

I’ve always advocated that diversifying your income is important.

Even a modest sum of extra monthly income can be incredibly powerful if you use the money to start investing or to pay off debt (or, you know, to do something awesome like taking a trip or to save up for something special).

Now, if you’ve missed the other posts in the Young Money interview series, I highly recommend going back and giving them a read.

If you’re up to date, get ready to hear from Jesse, a fellow personal finance blogger, on his two unique side hustles (one of which I was obsessed with when I was younger)!

Outside of work I enjoy writing at my blog The Best Interest, working on my home with my girlfriend, and playing any sort of sport or game.

Sports & My First Side Hustle:

Squash is an indoor racquet sport—a bit like racketball— that I played in college (go Rochester!).

One side hustle I started was actually coaching squash lessons. At different times over the past few years, I’ve averaged up to 5 hours of lessons per week, generally earning anywhere in the $30-$50/hour range.

While my example is very specific (not many squash players out there!), the key takeaway for the general reader would be to ask themselves: how can you monetize your expertise?

Perhaps it’s coaching, tutoring, freelance writing…what’s a skill that you have that people would pay to learn from, to watch, or to emulate?

For me, squash is already my #1 hobby for fitness and fun. Adding in a small money stream was a no-brainer.

If there’s something you’re talented at and can pass on your knowledge to someone else looking to learn, you’re probably sitting on a money making opportunity.

The second little side hustle I have—that I know has a fun place in Tom’s heart as well—is “flipping” Magic: The Gathering (MTG) cards.

Where to start with this explanation?

Firstly, MTG is a collectible card game, with hundreds of unique cards having been printed each year since 1993.

The game itself has fun and deep strategy. The “story” around the game appeals to fantasy nerds (like me); it has similar tropes to Dungeons and Dragons and Lord of the Rings, etc. 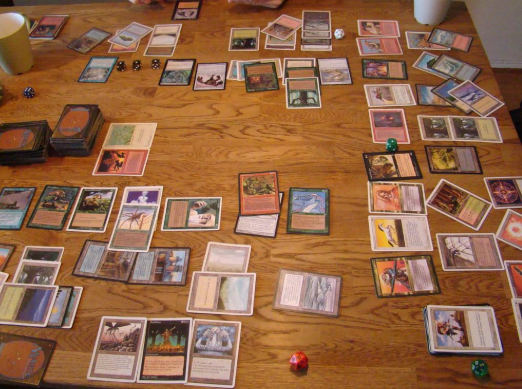 MTG allows each player to create a deck from the 20,000+ unique cards that exist. Since each of the estimated 35 million worldwide players want to build their own winning deck(s), there’s a thriving market for buying and selling MTG cards.

There are even worldwide companies that exclusively buy and sell these cards. But, there are also opportunities on a local level, and that’s where I make some side money.

I look at Craigslist or the Facebook Marketplace for people selling their MTG card collections, and that’s where the fun begins.

The following tips apply to flipping MTG cards specifically, but I also think they would apply to any sort of “flipping” that someone could do via Craigslist, Marketplace, or even through consignment stores.

1 – Pricing knowledge is out there!

Most of the time, a MTG player will know which of their cards are valuable, and exactly what those cards worth. If they have a $200 collection, they’ll ask $200 for it. If you’re the seller, it’s the smart thing to do.

But if you’re a buyer looking to flip products for profit—like me—then this isn’t the deal that I’m interested it. I’m looking for undervalued card collections.

I don’t want to rip anyone off, but I need to consider my profit margin; I can’t someone more than what I think I can re-sell for.

When it comes to flipping MTG cards, I follow Warren Buffett’s two rules of investing.

Buying anything you haven’t seen in person via Craigslist or Facebook Marketplace is a risky proposition, so I go in-person to look through the cards before I buy them.

However, neither the seller nor I want to spend hours rifling through a collection of cards to assess the value. I need to know which cards are valuable, and then quickly extrapolate from a small sample up to the whole collection.

For example, the last collection I bought had 15,000 cards in it.

While this extrapolation carries some risk with it—what if I happened to look at the 500 most valuable cards?— you’ve got to understand your risk posture in any aspect of life.

Granted, this begs a question, “How do I know which cards are valuable?”

Well, I’ve been playing the game on and off since 1995 (you do the math!), so I’ve got a feel for which cards have value and which don’t.

I also listen to a couple podcasts about the game, so I know which cards are in demand, and therefore carry higher prices.

It took me about 15 hours to sort, price, organize and ship the collection of 15,000 cards.

For those keeping tracking, that’s approximately $200 of direct profit (plus perhaps $100 ‘unrealized’) in 15 hours, or $20/hour. That’s less than my full-time job. But, do you know what your time is worth?

After all, ever since 1995 I’ve enjoyed sorting through these colorful, nerdy cards.

If I make a small profit, add to my collection, and flex my creative muscles…that’s a fun side hustle at the end of the day!

Generally, I turn a profit when someone thinks they’re sitting on a collection of 100% junk, but I know it’s 99% junk and 1% gems.

That doesn’t happen too often.

As I mentioned before, online marketplaces for cards are easily accessible, and players tend to know which of their cards are valuable. And on the other side, I’ve met up with plenty of players and realized, “Yup, this is pure junk,” and walked away.

Even though there are 35 million players worldwide, the intersecting Venn region of my marketplace is tiny: Rochester NY-based players who are selling their collections, who think they’re selling junk, but are actually 1% wrong.

This ultimately makes it pretty challenging to scale my MTG card flipping side hustle, but it’s still a fun way to make extra money on the side in any case.

Advice For Other Side Hustlers

If I were to start over and focus on a flipping side hustle full-time, I’d consider the following:

Pick a product with either less pricing knowledge or larger arbitrage gaps. For example, I just read a story today about a guy who buys $3 brassieres from Wal-Mart, because he knows the same bra sells for $20 on Amazon.

How can you go wrong with that sort of margin?!

Choose something more scalable. What’s a product that everyone uses? That everyone enjoys? That’s constantly being bought and sold?

I chose MTG because I was already enjoying the hobby, but there are way better options out there. Dealing with cars, home ownership, smart phones, food…these kind of products seem far more universal that collectible card games.

I know for a fact that you learned something today. The people who know squash and Magic: the Gathering and blog about side hustles for fun…I think there’s one of them, and he’s writing to you right now 😊

I really appreciate you reading, and a big thanks to Tom for letting me share here on This Online World.

I’d like to take a moment to thank Jesse for sharing his two awesome side hustles with us!

I’ve always been a proponent of monetizing your existing skill set and playing to your given talents, and Jesse’s squash coaching hustle exemplifies that fact.

If you know how to do something and to do it well, you can make money by helping others to do the same. It doesn’t matter if it’s sports, language, blogging, or business…provide real value to people and you can get somewhere in this world.

MTG was actually a massive part of my childhood/part of high school.

It was a game that brought me closer together with friends/cousins who shared a love for the game, and I remember spending dozens if not hundreds of hours theorizing the best decks I could build with the cards I had available.

See, the beautiful part about Jesse’s MTG flipping side hustle is that it also highlights a fact that I think is forgotten all too often in the personal finance space: our own enjoyment has value.

Not everything is dollars and cents.

Sure, you should value your time and factor it in to whatever money making endeavor you start on.

However, never discount your own enjoyment, skills you can acquire along the way, or the people you will inevitable end up meeting.

If I had factored in hourly pay when I decided to start This Online World…well…let’s just say that I don’t think you’d be reading this story right now!

Play to your strengths, listen to what the market tells you, and hustle to accomplish your goals.

Just don’t forget to have a little fun along the way!

That’s all for this one! Be sure to check out Jesse’s blog to keep up to date with the awesome content he is putting out! 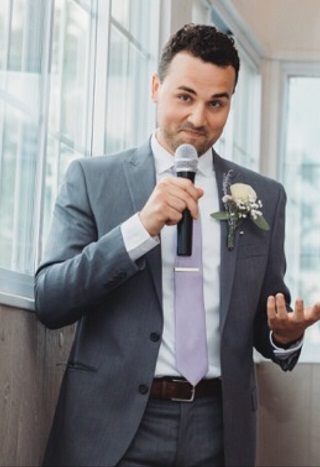 Jesse is a mechanical engineer and blogger from Rochester, NY. Outside of work, Jesse enjoys writing at The Best Interest, working on his home, and playing any sort of sport or game.

Previous Post: « How to Make Money on Medium – How I Made $600+ Writing On Medium
Next Post: The Best Remote Transcription Jobs – Become A Transcriptionist Today »